Geology and minerals of the Burren

Caherconnell Fort is located within a limestone area and is built from this material, and many people associate the Burren with its famous limestone underground. Within this limestone, pockets and veins of minerals have been worked over the centuries. Small lead and silver mines are dotted throughout the Burren and were probably worked from medieval times. Phosphate deposits, used as fertilizer was mined on a significant scale during the early 20th century, especially during the Second World War when embargoes prevented its import. Purple fluorspar, used as flux in steel production, was extracted in Kilweelran townland during the 1960s. But this limestone does not contain iron ores. In much of the south of the Burren, however, the limestone is covered by the so-called Clare Shales in turn located under deposits of Silt- and Sandstone. 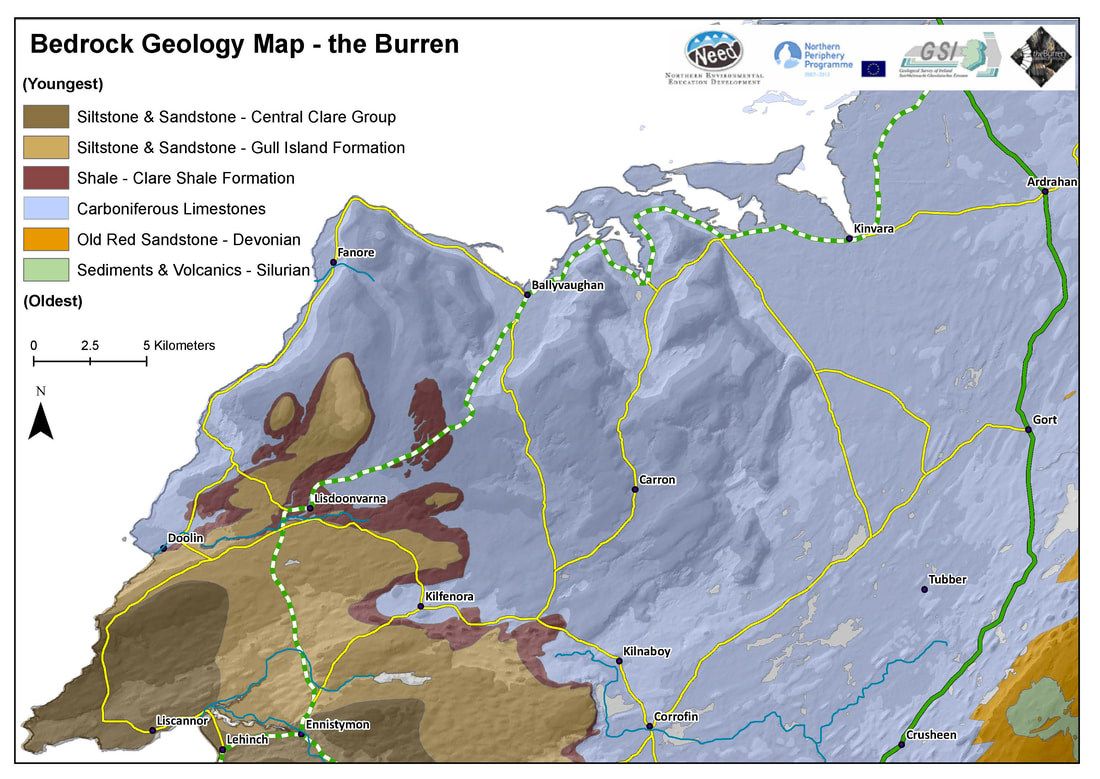 Within these Clare shales, likely through the action of bacteria who collected and concentrated iron from ground water, disc-shaped nodules known locally as ‘bullions’ were formed. In fact, the nodules formed over 300 million years ago when the Burren was close to the equator. The iron in the nodules is in the form of siderite, or iron carbonate. Interestingly, during the archaeological excavations at Caherconnell several of these bullions were found and seemingly used as smoothening stones. 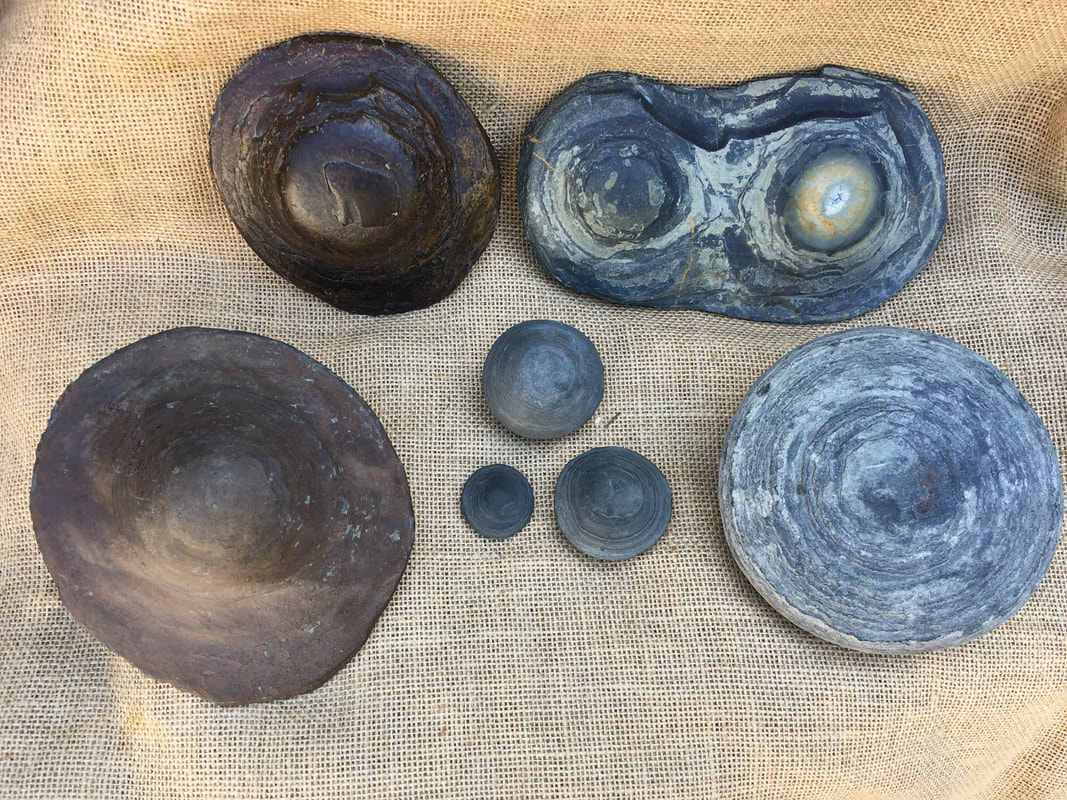 In Lisdoonvarna, located on these Clare Shales, three large siderite nodules, locally known as the Tortoise Stones, are embedded in a wall outside the Imperial Hotel on Main Street.